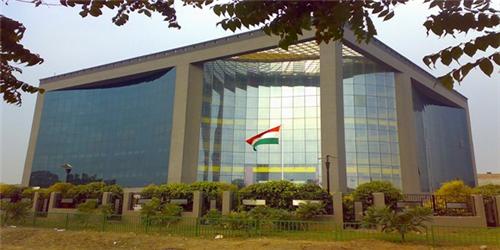 Ajitgarh is the administrative headquarters of Ajitgarh District. The later is a part of Patiala Division and is administered by a Deputy Commissioner. Initially the town was known as Mohali. However, during the tenure of Giani Zail Singh as Chief Minister of Punjab (1972 to 1977), the city was renamed as Shahibzada Ajit Singh Nagar. Later in 2012, the name was shortened to Ajitgarh.

Administrative set up in Ajitgarh

For better administration, Ajitgarh District has been divided into three tehsils, two sub tehsils and three blocks. Let us first look into them:

Ajitgarh Township falls under Kharar Block. As has been already mentioned, the city has been designated as the district headquarters. The different branches that look into its administration are the Office of the Deputy Commissioner and the Municipal Corporation of Ajitgarh.

Office of the Deputy Commissioner in Ajitgarh

The Deputy Commissioner is the most important officer in the Ajitgarh district and is stationed at Ajitgarh city.  He has manifold duties. As the Deputy Commissioner, he has to collect information regarding the requirements of the general public and then to convey it to the state government so that such problems can be mitigated at the earliest.  It is also his duty to make the public aware of their rights and responsibilities. He also has to evaluate the working of all government departments and take required steps in case of calamities.

Moreover, as the District Magistrate, the DC has to handle the law and order situation as is required. As the District Collector, he is the custodian of all government lands. He is also the Member Secretary of District Planning and Development Board and heads different institutes such as the Appellate Court, Election Tribunal, and Red Cross Society etc.

Offices under the Deputy Commissioner in Ajitgarh

At the subdivision level, the work is carried on by the Sub Divisional Magistrate (SDM) with the help of Tehsildar, Naib Tehsildar, Block Development Officer, Kananga, Patwari and other officials. However, here too, the work is done under the direct supervision of the Deputy Commissioner. In short, the office of the Deputy Commissioner in Ajitgarh is actually a fulcrum around which the administration in every corner of the district is carried on.

Some Important Phone Numbers in Ajitgarh

Following are the contact numbers of few important officials of the district. Let us start with office address and phone numbers of Deputy Commissioner:

One should also take note of the following officers directly responsible for administration of Ajitgarh city:

However, the civic administration in Ajitgarh is the responsibility of the Municipal Corporation of Ajitgarh. It is run by a body of elected councilors and is headed by a Commissioner chosen from the elected members. There are also a few nominated and ex-official members in the council.

History of the Municipal Corporation of Ajitgarh

The civic body was established in 1984. At that time, it was only a municipal council with only 31 wards. However, as the size of the city increased, it was evident that the status of the civic body must be upgraded to a municipal corporation. Accordingly, the government of Punjab issued a notification in January 2011 and in due course, it became a Municipal Corporation.

As we have already said, judiciary is the third branch of administration in Ajitgarh. The city now has four courts - two Additional District and Sessions Judge Courts (ADSJ Court) and one Sub-Divisional Judicial Magistrate (SDJM) and one Judicial Magistrate Court (JM).

It is to be remembered that the city was a part of Rupnagar District until very recently and hence all judicial activities ware carried on from Rupnagar. However, once the district was carved out in 2006, the judicial system too began to be relocated from Rupnagar to Ajitgarh.

The first court to open in Ajitgarh was SDJM court; it happened in July 2006. In 2007, the city got its Judicial Magistrate Court. The first ADSJ Court came up in March, 2008 while the second ADSJ Court was opened in May, 2009.

The right now the different courts are operating from its temporary location in Sector 60.  However, a magnificent court complex is now being built in sector 76 and once that happens, all courts will shift to the new premises and litigant as well as lawyers and other judicial officers will be able to enjoy better facilities.