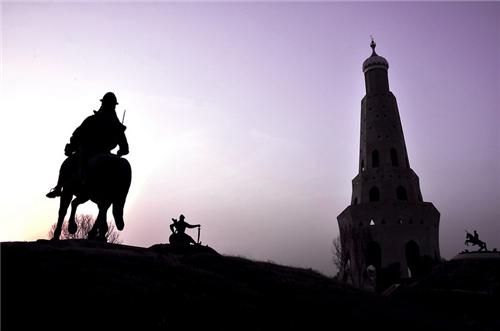 Ajitgarh is a vibrant township within the Chandigarh Tri-City area. Although the area finds several mentions in Sikh history, the town was conceived only in late 1966, after the trifurcation of Punjab. That is why one does not find too many historical monuments in this city. Indeed, Ajitgarh is a modern city made for modern visitors. Yet, the past has not been totally ignored. There are a number of historic gurudwaras that one must visit. However, we will start our tour with Banda Singh War Memorial

Banda Singh Bahadur War Memorial is spread over 20 acres of land in the Chappar Chiri area in Ajitgarh. The memorial, known as Fateh Burj, has been built to honor the legendary Sikh hero Baba Banda Singh Bahadur and his historic battles against the Mughals.

The landscaping of the entire area has been done to resemble 300 year old topography. A 328 ft tall tower surrounded by small hillocks is the main attraction of this place. A statue of Baba Banda Singh located on one of those hillocks also attracts many visitors. More importantly, the whole atmosphere is such that one feels one is walking down the lane of history. The area also has a cafeteria and hence many people go there to spend some quality time. 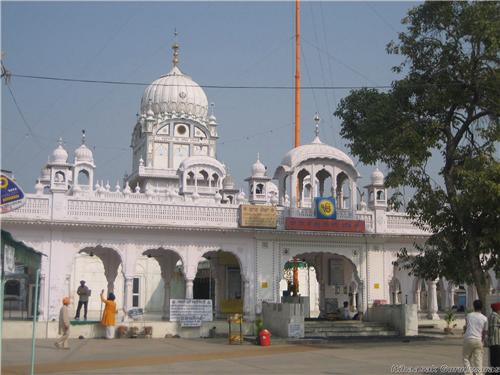 Ajitgarh also has a number of historic Gurudwaras, located in different parts of the town. Among them, Gurudwara Amb Sahib and Gurudwara Angitha Sahib are the most famous. Both these Gurudwaras are located in Sector 8, barely 500 meter from each other. While the former has been sanctified by Guru Har Rai, the later is revered because it is the meditation place for two great religious leaders, namely Bhai Kurm ji and Sant Baba Ishar Singh.

In addition one can also visit Gurudwara Mata Sundar Kaur in sector 70. Ajitgarh also has few more gurudwaras scattered all over. However, if you are in mood for a drive, you can also go to Sohana to visit Gurdwara Singh Saheedan. It is barely 3.3 Km from the city and takes around 10 minutes to reach.

Other Religious Places in Ajitgarh 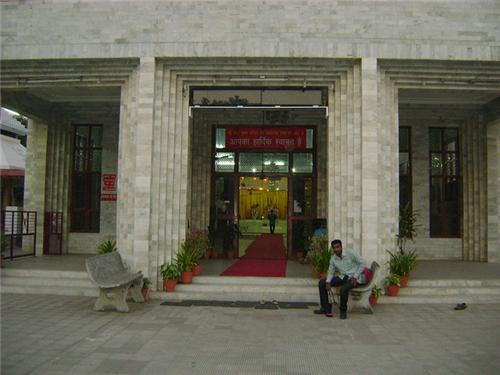 Source
Among other religious places located in Ajitgarh, we should first mention the old Dargah in Phase 1. It is known as Lalan Wala Peer. Every Thursday, A huge number of devotees visit this dargah to pay homage to the Peer and ask for boons.

Apart from that, there are several Hindu temples located in different parts of the city.  Among them, you can take time to visit the following temples: 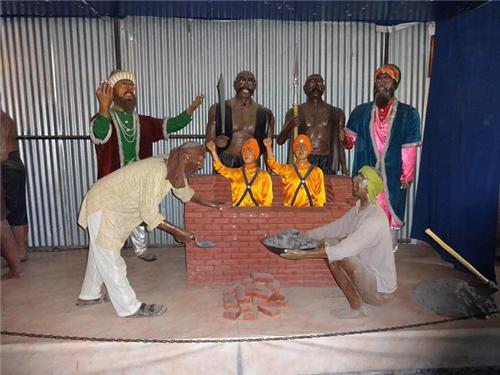 The Sikh Museum is one of the places, which a visitor to Ajitgarh should never miss.  It is a brain child of Sikh Heritage & Cultural Society. The aim of the society is to preserve Sikh heritage by installing life size statues of Sikh martyrs and other notable persons.  Many such statues have already been installed while many more are yet to be installed.

Earlier, this museum was operating from Laknour barrier on Landran; but now it is located at Balongi and is spread over a large area. The statues, which are made out of fiber glass, have been installed in the open against a natural backdrop. To know more details, you can call at 98158-63844.

Other Places to Visit in Ajitgarh 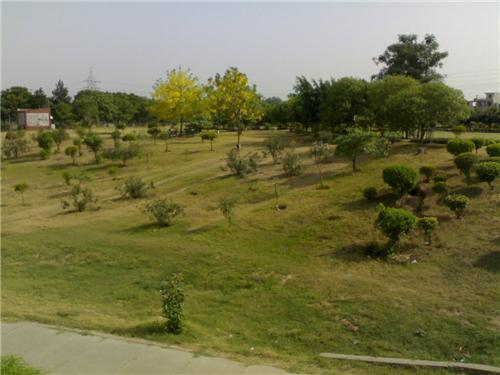 The markets and shopping malls in Ajigarh are also worth visiting. Besides, one may also take time to visit the cricket stadium here. It is of international standard.