Business and Economy in Ajitgarh 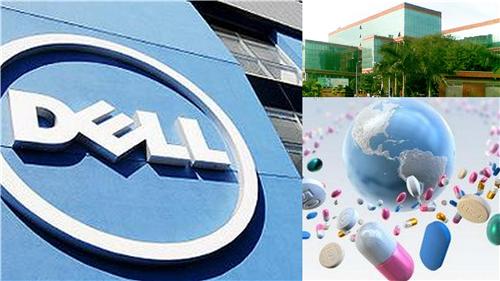 Although Ajitgarh has been conceived only after the trifurcation of Punjab in 1966 it has already made a place for itself in the financial map of India.  Today, it has become a centre of trade and industry.

Factors influencing the growth of economy in Ajitgarh

There are two main reasons behind such rapid growth of economy in Ajitgarh. While availability of proper infrastructure can be termed as the most important reason, the better living condition offered by the city is no less important. It has been able to attract the best brains from across the country and consequently, we now have a large pool of skilled workers in Ajitgarh and this too has encouraged the growth of business and economy in Ajitgarh.

A recent survey has shown that 35 large and medium scale units are now operating from Ajitgarh. They have a total investment of Rs. 1000 crores and provide direct employment to over18000 workers. Among these industries, Mahindra & Mahindra, Ranbaxy Laboratories, Godrej & Boyce Mfg Co, Semi Conductor Complex, Punjab Communications Ltd are most well known.

Other than the above mentioned products, Ajitgarh is also turning into a hub of electronic units.  The city has 13 large and medium scale units and 55 small scale units located within its periphery. Some of the items produced here are TV sets, electronic telecom equipments, transformers, mini computers, computer peripherals, electronic sockets, dish antennas etc.

Ajitgarh is also a centre for information technology and business process outsourcing units. Most of the BPOs in Ajitgarh offer information technology enabled services and hence they are mostly referred as ITES-BPO companies. In addition there are also a number of call centers that cater to both offshore and near-shore customers. E-commerce is also making its presence felt in Ajitgarh in a big way.

Trade and Commerce in Ajitgarh

In spite of the proximity to Chandigarh, Ajitgarh has grown into a centre for both wholesale and retail marketing. Because of high number of industries in Ajitgarh people here have the purchasing power at hand and this had led to growth of trade and commerce within the city. A number of markets have come up in different sectors and this in turn have provided further boost to the economy of the city.

Other Sectors in Ajitgarh