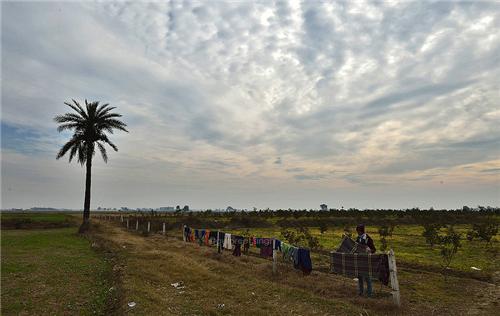 Ajitgarh is the administrative headquarters of Ajitgarh district, which is located in the Malwa region of Punjab. The district has Rupnagar district to its north, Fatehgarh Sahib to its west and Patiala to its south. To its east lie the Union Territory of Chandigarh, States of Haryana and Himachal Pradesh.

Although the terrain in the northern part of the district is hilly, the majority portion consists of alluvial plains. The soil is tropical arid and brown.

Ghaggar and its tributaries run through the Dera Bassi Block forming the natural drainage system in the southern part of the district.  The north eastern part is drained by the Siswan Nadi; it emerges from the Shiwalik Range and flows into Sutlej in the Rupnagar District. Two other rivers that also emerge from the Shiwaliks are Jainti Devi Ki Rao and Patiali ki Rao. Both these rivers run in the northeast-southwest direction and drain through the middle of the district.

The level of ground water in Ajitgarh varies from 295 to 590. The quality of the water also varies from region to region. It is mostly alkaline with medium to high salinity. The net amount of ground water available in a year is 260.38. It is to be noted that the drinking water supply in most area in the district depends upon the availability of groundwater.

Ajitgarh city is located in the middle of the district in the foothills of Shiwalik Mountain Range.  It falls under the Kharar Block. The city has been conceived as an extension of the Union Territory of Chandigarh and lies contagious with it.  The topography of the region is rather plain and there is no major river flowing through this city. However, Patiali ki Rao flows quite close by.  The level of ground water in this region is rather steady; it does not show any significant decline in pre monsoon or post monsoon period. 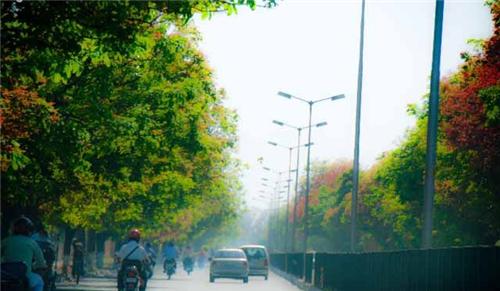 Ajitgarh enjoys a subtropical continental monsoon climate condition; it is characterized by great variation in temperature and unreliable rainfall. The summers are hot and the winters are cold. The average yearly rainfall is 617 mm or 24.3 inches.

The weather pattern in Ajitgarh is marked by five distinct seasons. The summer season generally starts in March and lasts until the end of June. The temperature generally varies between 30° C and 40° C. However, at times, it may reach up to 47° C.  Generally, May and June are the hottest months of the season.

Next is monsoon. It generally starts from the late June or early July and lasts up to middle of September. During this period the relative humidity remains very high. Autumn or the post monsoon season generally starts from the middle of September and lasts up to middle of November. This is said to be a transition period and the temperature varies between 16° C and 27° C. However, in some years, the minimum temperature has been recorded at around 13° C.

After autumn comes winter. It generally starts in November and lasts up to February. The temperature in this season may vary from 1° C to 15° C. In general, December and January are the coldest months of the season. Occasionally, the area also experience winter rain. In spring temperatures vary between 16° C and 25° C. This is a very short season lasting from middle of February to March. This is another transitional period when the biting cold winter slowly transforms into a hot summer.