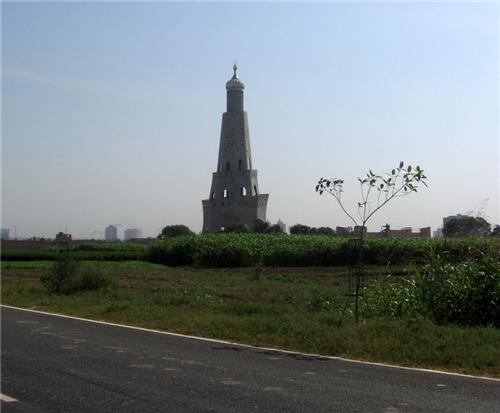 It is true that Ajitgarh is a new city established only after trifurcation of Punjab in late 1966. However, it does not mean that the place is devoid of any historical significance. It is to be noted that the city is the immediate neighbor of Rupnagar, one of the major Indus Valley Civilization sites in India. Many ancient artifacts such as stone implements, potsherds, ornaments and copper arrowheads have also been found in the adjoining city of Chandigarh. Therefore, one can conclude that an ancient civilization may have existed in the present day Ajitgarh.

However, we first find mention of this place when Guru Har Rai came  here asking for mango, which Bhai Kuram had long ago offered to Guru Arjan Singh ji. The incident must have taken place in the middle of the seventeenth century. However, since then, the place gained importance in the Sikh history. We now find three historical gurudwaras with the city limit and they are Gurudwara Amb Sahib, Gurudwara Sant Mandal Angitha Sahib and Gurudwara Mata Sundar Kaur. If you want to know more about them, you can refer to our page on Gurudwaras in Ajitgarh. 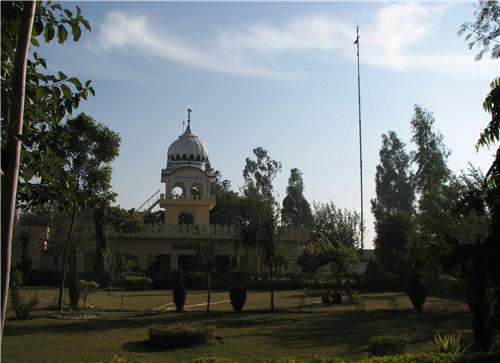 Presence of three historical gurudwaras within the city limits shows how important the area has been from the perspective of Sikh history. When in 1705 Mata Sundar Kaur got separated from her husband Guru Gobind Singhji at River Sarsa, she came here with Bhai Mani Singh ji and Baba Deep Singh ji. They spent a few days here before heading for Delhi. Later, when Baba Banda Singh Bahadur faced the Mughal army in the Battle of Sirhind, the Sikh community put up a camp at this place and supplied food for the soldiers from their community kitchen.

The Battle of Sirhind is a very important event in the chronicle of Ajitgarh. It took place in 1710 in an area we now call Chappar Chiri. The part where the battle took place now falls under Sector 71 of the city. It is here Baba Banda Singh Bahadur faced the much larger and better equipped Mughal army. The Sikh army not only defeated the Mughals, but also killed its commander Wazir Khan of Sirhind and thus avenging the murder of the two younger sons of Guru Gobind Singh ji.

Ajitgarh in the 19th Century

Not much is known about the 19th century history of Ajitgarh. However, during the middle of 19th century, the great empire built by Maharaja Ranjit Singhji was falling apart and the British were gaining strength all over the country. Although Ajitgarh was never directly involved in ensuing Anglo Sikh War it was not totally immune from its effect. 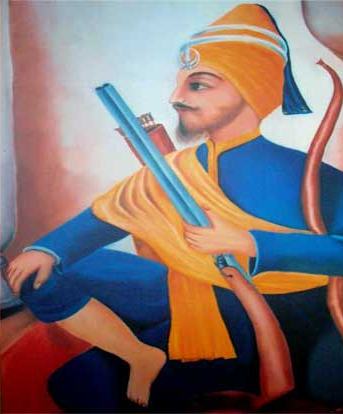 In December 1845, Sohana, now a part of Ajitgarh Municipal area, was witness to a great martyrdom. As we have already mentioned, after the death of Maharaja Ranjit Singhji, the Sikh empire began to disintegrate. Maharani Jind Kaur wrote to Jathedar Baba Hanuman Singhji appraising him of the situation. On realizing the gravity, Baba lost no time and marched forward with his army. He faced the British Army at Mudki, located at a distance of 190 Km from Ajitgarh.

In the ensuing battle, the two sides suffered great casualties. However, in the end, Jathedar Hanuman Singh ji was forced flee and reached Sohana with his five hundred soldiers.  Here they breathed their last and was later cremated by the loyal Sikhs. Gurudwara Singh Saheedan has been erected on the very place where those brave Sikhs were cremated.

That Jathedar Hanuman Singhji chose Ajitgarh as his last refuse shows that even in those turbulent days, the area remained a Sikh stronghold.

The history of Ajitgarh took a different turn after the partition of Punjab. Since Lahore, the capital of the united Punjab, became a part of West Pakistan the Indian side had to choose a new one. Finally, Chandigarh was established as the new capital of Indian Punjab and as the city began to grow, the adjoining area, then known as Mohali, also began to experience development.

Then in 1966, Punjab was further bifurcated into Punjab and Haryana. Since both the states laid their claim on Chandigarh, the city was turned into a union territory with capital of Punjab and Haryana located in it.  With that, the need to develop the adjoining area into a separate city, which was at the same time continuous with Chandigarh, began to be felt. Very soon the obscure village called Mohali turned into a modern city. Initially it was decided that the area will be modeled after Chandigarh and accordingly it was divided into phases and sectors. The layout of the roads also followed Chandigarh model.

It is to be noted, at that time, the town was part of Rupnagar district and therefore, it was administered from Rupnagar City. Renaming Mohali as Shahibzada Ajit Sigh Nagar is another important event in this century. The official declaration took place during the tenure of Giani Zail Singh as Chief Minister of Punjab (1972 to 1977).

Formation of Ajitgarh as a Separate District

In 2006, the history of Ajitgarh took another turn. In that year, a new district was carved out of Rupnagar District and named Shahibzada Ajit Singh Nagar after the most prosperous city within its jurisdiction. The city of SAS Nagar became its administrative head quarters. In 2012, the name was further shortened into Ajitgarh; however, Mohali still retains its popularity among the public.